Up my street – Vietnam’s looking good

If the Hanoian street you live on is a microcosm of Vietnam at large then it’s fluid and dynamic.

After a move to an apartment a kilometre away for reasons that were sound at the time, I am now back on my favourite street after a number of months away.

And it is all change once again. My favourite bia hoi has been razed to the ground and relocated about half a click away, while the mini food market opposite has pulled down the shutters and moved 15 numbers further down the street. 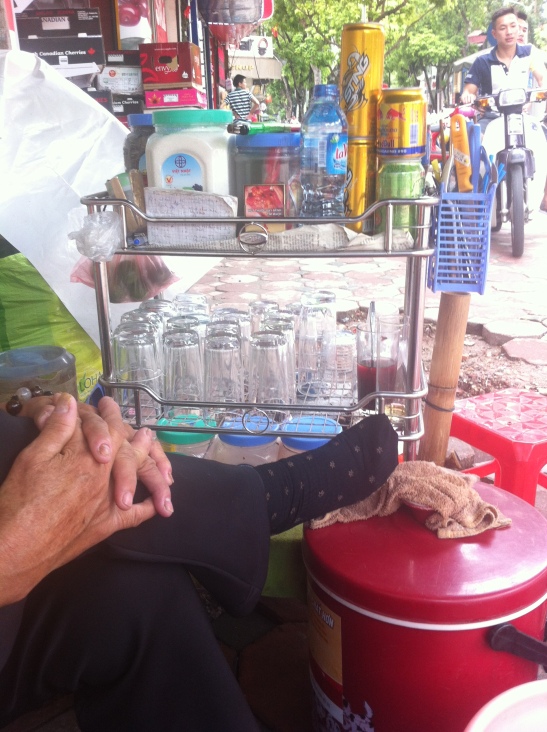 Now in my fourth apartment in this street in the space of a year or so, it has been fascinating to observe how much has changed in this little corner of Tay Ho. Businesses have come and gone. Buildings have sprouted up. Shops have played musical chairs.

But in the midst of the seeming real estate chaos, there does seem to be a number of enterprises that appear static landmarks with little intention of changing. These are the familiars that you choose when giving directions. Places that are easy to spot and relatively well-known.

This is in stark contrast to the vibe that is coming out of the UK. Before Article 50 to trigger the UK’s withdrawal from the EU has been squeezed, the economic news is increasingly depressing. Every day there is another negative impact making the headlines, the kind of stuff the ‘experts’ were predicting before the referendum.

Never mind, there is always the Daily Express and Daily Mail to rely on for some good news stories about the economy. These bastions of reason and objectivity consistently find some positive spin amidst the gloom and doom while completely ignoring the fact that Brexit hasn’t even started yet and the UK is still in the European Union.

Quite why no one has taken them and their ‘news’ to court on misrepresentation grounds is a bit of a mystery.

Still, the plunging Pound, car companies queueing up for sweeteners and banks threatening to up-sticks for Germany may well be just a side show compared to the break up of the Union. With Scotland, Northern Ireland, London and Gibraltar all voting to remain within the EU, there is now a growing clamour for these areas to get the outcome they voted for. The logical step, therefore, is for ‘England’ to get independence from the rest of the UK.

Good luck with that chaps. And, by the way, you can have your Trident missiles and nuclear waste back. We are keeping the dog…

Just a guy sitting in a basin inside an inner tyre while paddling with two pieces of wood. As you do. #hanoi #vietnam #Vietnamese #hanoiscribbles #boat #boats #boatlife #improvisation #rowing #boating #lake #water #lakes
Follow Hà Nội Scribbles on WordPress.com